If you come across Birman and Ragdoll cats, at first you might not be sure which one is the most adorable. This is because they all look fluffy and cuddly making them ideal cats for your home. That is why you need a Birman vs Ragdoll comparison to learn more.

If you are new to such cats, then this is the guide for you. It covers the differences between these two cat breeds to help you get the best one for your home.

Before we can get into comparison of Birman vs Ragdoll, let us first look at their history. This should give you an idea of why they might have some characteristics.

From its name Birman, the breed is believed to have originated from Burma. These cats were common among the Kittah Monks as their pets. Until now, the Birman breed is considered sacred in some areas.

In 1919, a Birman pair was gifted to two Englishmen who were in France for business. That is how the breed end up in the European world.

Unfortunately, the male Birman did not make it through the journey. The female arrived safely and later produced a litter of Birman kittens. Just like that, the Birman breed was now in the western world.

Over the years, the Birman breed has found itself in different parts of the world because it is easy to breed. This is evident when a couple in the USA managed to run a successful breeding program to introduce the breed into the country.

Comparing to the other cat breeds, the Ragdoll is a fairly new breed. If you look at breeds such as Persians, they have been around for hundreds of years. So far, there is no record showing the exact origin of the Ragdoll breed, but there are some theories worth checking out.

One of the theories is that Ragdolls have been around since 1960. It is believed that a woman Anne Baker selected cats for a breeding program and ended up with a cat that looked like male Birman. You must note that it is was not a Birman, but rather a Ragdoll.

She then used this male Ragdoll to produce more litters and that is how we end up with the Ragdoll breed.

You are likely to find more theories around Ragdoll so be prepared to read more. However, Anne Baker will likely be around any legend that you read on Ragdoll.

Looking at Birman vs Ragdoll cat breed personalities, it is interesting to see how these two would interact with people. When looking for a cat breed for your home, you need one that is loving, gentle, and much more. Let us see how these two breeds stand out.

The Birman cats are gentle, loving, loyal, and quite social on overall. There is no doubt you will like their company each time you get home after a tough day at work.

The kitties easily get attached to the owners and can be affectionate too. This is what makes the breed good for the kids too. The children can play with the Birman cat breed without necessarily being monitored all the time.

The Birman breed does also get along well with other pets including birds and dogs. It is why you might get them making your home a lot more peaceful.

Other than being affectionate, these cats are also intelligent. It is why many owners will have an easy time training them. We recommend that you start the training early so that it is easier to control them with time.

We find that these cats are quite the social bunch. For this reason, they might not be the choice for busy people. They do love to get the attention and affection of their owners. Solitude might not be the best thing for them.

Well, if you always have time on your hands, then this can be a nice choice for you to consider.

Under Birman vs Ragdoll personality, we have seen the Birman being affectionate and loving, what about the Ragdoll breed? Well, this breed is also extremely lovable. It is known to love being the center of attention.

When you own a Ragdoll, just know that you have to pick it up more often when you get into the room. Because of their adorable puppy look, you are likely to find yourself picking them up without much of a persuasion.

Ragdolls also tend to form a strong bond with their owners and can easily follow you around the house. Thanks to their mellow personality, they are not as vocal or noisy as some other cat breeds. Many even list them as some of the quietest cat breeds on the planet.

Ragdolls get attached to their owners and the same can also get along with strangers. This must be because of their curious nature and they also love to socialize. It is why it will be easy for someone to steel Ragdolls as they do not resist the touch of other people.

Many Ragdoll owners find them being excellent companions. Another thing you will like about them is that they are never pushy. Since they do not bother their masters too much, the owners would find them being the best to spend a few hours with after work.

Still on Birman vs Ragdoll, learning about their appearance helps you know how to best distinguish between them. Depending on the colors, some can appeal more to others. Below we look at the two breed’s appearances to learn more.

Birman cat breed stands out for its distinctive big blue eyes. Yes, all the Birman kittens are born with the blue eyes. That best part is that Birmans are not prone to eyesight issues compared to other common cat breeds.

The easiest to identify them should be that they are fluffy creatures with their long hair. The breed also has a single layer of silky fur all over its body. As a result, they do not need much grooming to keep them looking good. The same cannot be said for the Ragdoll breed, which has an undercoat.

The Birmans are less prone to shedding and matting. With weekly brushing, then you should find it being enough to keep it looking clean.

You will find most Birmans having a coat with shades of white and cream.

Another thing you will note about their appearance is the body. They do come with a rectangular body and medium in size. The Roman nose is quite a distinctive feature of the Birmans. As for the ears, they are cut little ears just perfect for their sizes.

A trademark of the breed should be its white contrasting symmetrical gloves found on each paw. The gloves can sometimes extend to their legs and finally finish in an inverted V.

Ragdoll has a medium to large build compared to Birmans. It will weight around 3.6 to 6.8kgs. It is worth noting that the male Ragdolls would be much larger than the females. They can weigh up to 9.1 kilograms when fully grown.

Ragdolls also have wedge-shaped heads and rounded muzzles. It is so easy to see that they would be different from Birmans. Still, they do come with chubby cheeks.

The Ragdoll breed also has a soft and thick coat covering the whole body. The breed’s tail also tends to be super fluffy.

Ragdolls are also characterized for having bicolored felines and white legs. You are likely to find some with an inverted V look on their faces.

Under the Ragdoll breed, you are likely to find them in different colors. The most common include chocolate, seal, blue, cream, red, and lilac.

Because of their big eyes, they do give off a very intense look. Their long-haired felines can be interesting to look at for those new to such a cat breed.

If you are going to have a proper comparison of Birman vs Ragdoll, then you need to also consider the health part. At some point you need to care better for these cat breeds, so knowing their common health issues is important. Let us learn more about their health needs below.

If you own Birmans, you will notice that they tend to suffer mostly from dental and gum diseases. This is because of the accumulation of the bacteria, minerals, and food along their gum line. The result is that the deep structures of the Birmans teeth will become inflamed.

Also, the formation of tar on the gums can undermine them. This will lead to a condition known as gingivitis.

There are also small pockets between the gums and the teeth that tend to harbor the bacteria. You need to consider brushing its teeth more often and feed the cat dry food to reduce the chances of such dental problems.

Another common condition is the lower urinary tract disease. This will often affect the bladder as well the cat urethra. This can because of stress, bladder stones, bladder crystals, and more. Some of the symptoms to watch out for include blood in urine, straining to urinate, pain while urinating, and related symptoms.

READ  How Much Does a Birman Cat Cost?

The Birman cats will also likely suffer from gastrointestinal tract. This is a condition that is a result of obstruction in the bowels or due to poisoning.

Because Ragdolls are not the most active cats, this type of lifestyle is likely to make them to be obese. We all know that obesity is likely to lead to other conditions such as diabetes.

So, how would you know that your Ragdoll has urinary tract infections? Some of the common symptoms include pain while urinating, straining to urinate, and consistent licking of the genitals.

Ragdolls can also suffer from hairballs. This is when it is not properly groomed and it ends up having an accumulation of hair that it also ingests when it is cleaning itself. This hair ends up accumulating in the digestive tract and can cause some health problems.

To save your cat from experiencing such hairballs issues, we recommend that you brush its coat regularly to get rid of the loose hair. This also helps to detangle the hair and further prevent mats from forming.

A Ragdoll can also experience the Polycytic Kidney disease. This is a hereditary disease characterized by having cysts in the kidney. If left unattended, they can lead to some severe outcomes which can be kidney failure in some cases.

By now, you might be interested in getting yourself either a Birman or a Ragdoll. It is good to know more about Birman vs Ragdoll in terms of price too.

Birmans on the other hand would cost from $400 to $600 for kittens. This cost is mostly set by the breeder. We find them being affordable for such beautiful breed of cats.

Still on Birman vs Ragdoll comparison, we still have to see their life expectancy.

Ragdolls have a life expectancy of around 15 years or more depending on the care. If they are healthy, Ragdolls can lead a stress-free life.

Birmans can live up to 16 years in most cases. As such, they can be an ideal companion to own for years to come down the line.

From the Birman vs Ragdoll comparison above, you should now have a clear understanding of how these two differ from each other. The idea is to get you choosing the best cat breed for your needs.

If you want a smaller cat breed that is easy to handle, you can always go for the Birman. The Ragdolls are sweet and good too, but they are large cats for some people. Whichever that you choose, you will find them being a nice addition to the family. 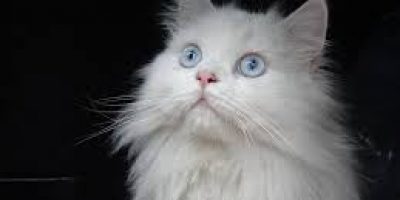 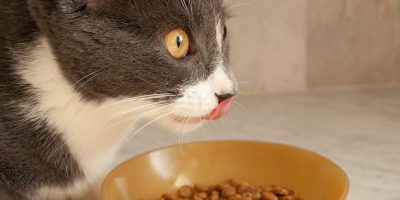