Birman cats rank high in the favorite house cat list. The Birman cat personality is gentle and loyal to its owner. They are mesmerizing to look at with their fluffy coat and exceptional coloring. Birmans can adapt to any situation and quickly integrate themselves as a member of the family. A Birman’s sapphire hued eyes can make you feel as if they were staring deep into your soul. Their semi-long coat is silky to the touch and has marks of gold. White gloved Birmans move elegantly but behind their graceful appearance is a strong, muscled body and huge amounts of energy for play.

Birmans are otherwise known as the sacred cat of Burma. It is a breed with historical roots that span centuries. Its real origins are a mystery, and there is a lot of speculation surrounding this royal looking cat.

A widespread legend tells of a group of white yellow-eyed cats that live in a temple in Burma. These cats are considered guardians. The temple’s head priest with his cat would pray at the temple to a blue-eyed goddess every night. One fateful evening, invaders took over the temple and killed the head priest. The cat remained loyal to his master until the end and guarded his deceased body. The goddess blessed this cat by giving him a golden coat and sapphire hued eyes. This coloring is a symbol of the cat’s purity, and his paws will remain white.

This charming tale is different from the real story. According to reports, the first Birman was a pregnant female brought to France in the early 20th century. The breed became popular in Europe and was eventually recognized in America in 1967. Currently, the Birman ranks as the 15th most popular purebred cat in the United States.

The Birman cat has a single length coat with no undercoat. Because of this, it is easy to maintain them even if they are long furred cats. Brushing them twice a week is usually sufficient and keeps their coat mat free. Because the Birman is prone to obesity, they will need regular exercise. Overall, the Birman is a healthy cat and has a great personality. Getting a Birman kitten from a breeder with a good reputation can guarantee that you get a cat that comes close to the Birman standards.

The Birman cat is generally calm and exhibits affection for its owners and the people around them. They are adaptable to any home. They like to chase other pets and may take turns being the chaser and the one pursued. Birmans make friends with all kinds of creatures from kids, dogs, and other cats. Unlike other feline breeds, they do not revel in being the only pet in the house. You might want to get your Birman a companion eventually. Get another Birman or a different breed of cat. You can even get them a dog friend; it wouldn’t matter to them.

Birmans are undemanding and let you do your thing. However, when they feel the need for cuddles, they will let you know that they need a scratch on the head and some hugs. After giving them your attention, they will go about their business until they get bored and demand your adoration again. It is crucial to keep your Birman stimulated and entertained with interactive games and toys that challenge their cognitive and physical skills. Toys that pop out treats or kibble would give them hours of fun.

5 Things You Didn’t Know About the Birman cat personality

You will find that your Birman is generally well mannered. It is loving and affectionate with their human owners and are eager to be near them. Gentle Birman cats are well-known for their sweet and calm disposition. One fun fact you should know is that all purebred Birmans are almost entirely white when they are born.

As their breed name suggests, it is easy to guess that these cats come from Burma. According to a popular tale, this sapphire eyed cat had the help of divine forces to achieve its stunning looks. It is also believed that these cats are sacred sidekicks of priests in Burma, and they were rewarded with white paws to show their purity and their devotion. Although they are popularly known as Birman, they can be otherwise referred to as Burma’s sacred cat.

Although these cats have a huge similarity to Thailand’s Siamese cat, the Birman has a gentle and soft-spoken vocalization. If they produce meowing sounds, it will be soft and sweet and will have a bell-like tone. The Birman isn’t known for being loud and noisy; instead, their voice is angel-like, and at times you won’t even know that they are right beside you since they have gentle manners. One fun fact you should know is the Birman is considered one of the healthiest cat breeds with almost zero health issues.

Although the Birman has a full and robust topcoat, it will have no undercoat. Because of this, Birmans require minimal grooming since their fur does not form mats or tangles. According to many Birman parents, their silky coat will only shed little and only require brushing up to a couple of times per week. This low maintenance grooming routine will keep your Birman cat looking flawless and picture-perfect every time. One fun fact you should know is that the Birman is also known for its hypoallergenic quality.

Although cats are known to be solitary creatures, the Birman is an exemption. These cats love being with their human masters, as well as other pets in the home. They will often tail their friends around. The Birman cat is extremely social and enjoys the interaction. They are not suitable in homes where they will be left alone on hours on end. This cat will need frequent interaction, and they can make you feel special with their strong desire to be close.

Birman cat personality is social, friendly, and family-oriented, who are chill with both kids and other pets. Sometimes they can exhibit territorial behavior such as when stray cats invade their favorite spots. The Birman cat personality is fun-loving, which makes playing with them a blast, and regular play is good for them since it prevents weight gain.

Showing off the beautiful Birman cat is a temptation for many owners of this breed. Their beckoning sapphire hued eyes and smooth, silky soft coat is mesmerizing to behold. Anyone aspiring to show their Birman should make a careful examination of their cat if it meets breed standards.

At all times, Birmans should have white gloves. Possession of this feature alone accounts for 20 points on the show ring. Breed quality Birmans should have rounded sapphire blue eyes, robust cheeks, and a high Roman nose. The quality of the coat should be silky and trimmed to its natural length.

Cat Fancier Association judges will give penalties if your Birman has Siamese and Persian head shape. They might also give lower points to cats with delicate bone structures. Breed standards require Birmans to be stocky and robust with bold facial structure.

Taking Care of Your Birman at Home

Keeping your Birman happy should not be a mystery. Birmans require the same thing as other cats. It is crucial to watch their diet. Please make sure they get plenty of activity in the form of exercise and play. Brush their teeth regularly as well as their coats. Don’t hesitate to SOS a pet emergency clinic when accidents happen.

Be sure to bring your Birman on scheduled examinations and vaccinations. During these vet visits, your cat will undergo necessary checkups and tests to see if they have diseases and congenital conditions common to the breed. Another crucial step in taking care of your Birman is signing them up for health insurance. Throughout your Birman’s life, they will require medical tests and procedures, so a pet health insurance can keep these costs covered.

The widely held belief regarding the Birman’s history is they originated from Burma, where they are the holy sidekicks of temple priests.

The Birman came to the United States in the 1950s and got registered with the CFA eight years after in 1967.

All Birman kittens are white. Their markings change as they mature. Accepted Birman coats are light colors offset by darker points observable on the face, legs, and tail.

This breed’s coat will only require minimal care since their hairs do not mat. It will only need a comb through about twice a week.

The Birman breed comes in many colors from a seal, lilac, to tortie. These colors can either come as a solid or lynx pattern.

Generally, Birmans are gentle, and they love playtime. A Birman is smart enough to be taught tricks such as how to fetch.

A Birman will have white paws at all times, and this feature makes the breed unique.

Birmans love the company of their human owners as well as other pets. It is crucial to keep a Birman in a household with plenty of playmates to interact with, so they won’t get lonely.

Birmans are known for their mesmerizing sapphire hued eyes.

Birmans love to hang around at low altitudes rather than jump to high perches or attack the top of curtains.

Are Birmans Good with Kids?

Birman cat personality enjoys giving and receiving love, which makes them a perfect match for a child. They have a calm nature, which means they will revel from the attention of your little ones. They will help your kids learn lessons on respect, patience, and responsibility. Birman cat personality is adaptable and will easily fit with the family. Like other cats, make sure your children understand how to handle and pet the Birman properly.

Birman cat personality is calm and affectionate and will integrate themselves into your family effortlessly. They are extremely adaptable and love company. They will interact with a child, dog, or another breed of cat. Because of this, Birmans are the perfect playmate. Since they are highly social, Birmans are a good fit for owners who can give them company. If you leave your Birman alone most of the time, you should consider getting two kittens or another type of pet that can provide companionship to your Birman. 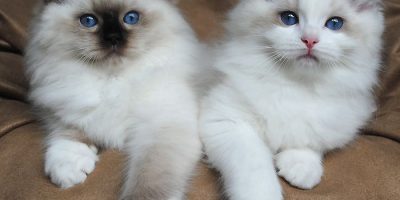 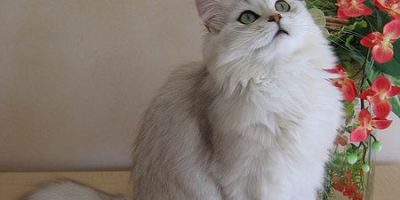